You have been to the Gri’x.

When you dream, or immerse yourself so deeply in a story (or a song, or an image, or an idea, or a beautiful piece of code) that you reach a point where the “real” world disappears, you’re tapped into this malleable manifestable material.

The Gri'x is known throughout the planes by wizened scholars, as well as those adventurers who came home one day with an other-worldly gleam in their eye and some stories to tell. It is known by the children sitting at the feet of those story-tellers, never questioning the absolute truth of every word that passes the speaker's lips. It is known by the madman who gibbers it to himself in many tongues, in the throes of his own twisted existential spasms.

Some say it is a place, with endless city-scapes and wilderness vistas, with blasted fields of desolation and lush paradises, and everything in-between, where anyone can exist exactly as one pleases--provided that one can live up to one's own standards.

It is a point, others insist, where all pasts and futures break bread together for eternity, where magic and machines, twin souls suckling at the breast of imagination, are reborn each moment.

The Gri'x is a place where reality bends to the most powerful will. This dimension both shapes and is shaped by the archetypes, tropes, stories, and dreams generated by the minds of the 'Nodians in a symbiotic, resonant relationship. It's the playground of the collective subconscious, where the rules are dictated by belief, expectation, and determination.

You have been to the Gri'x. 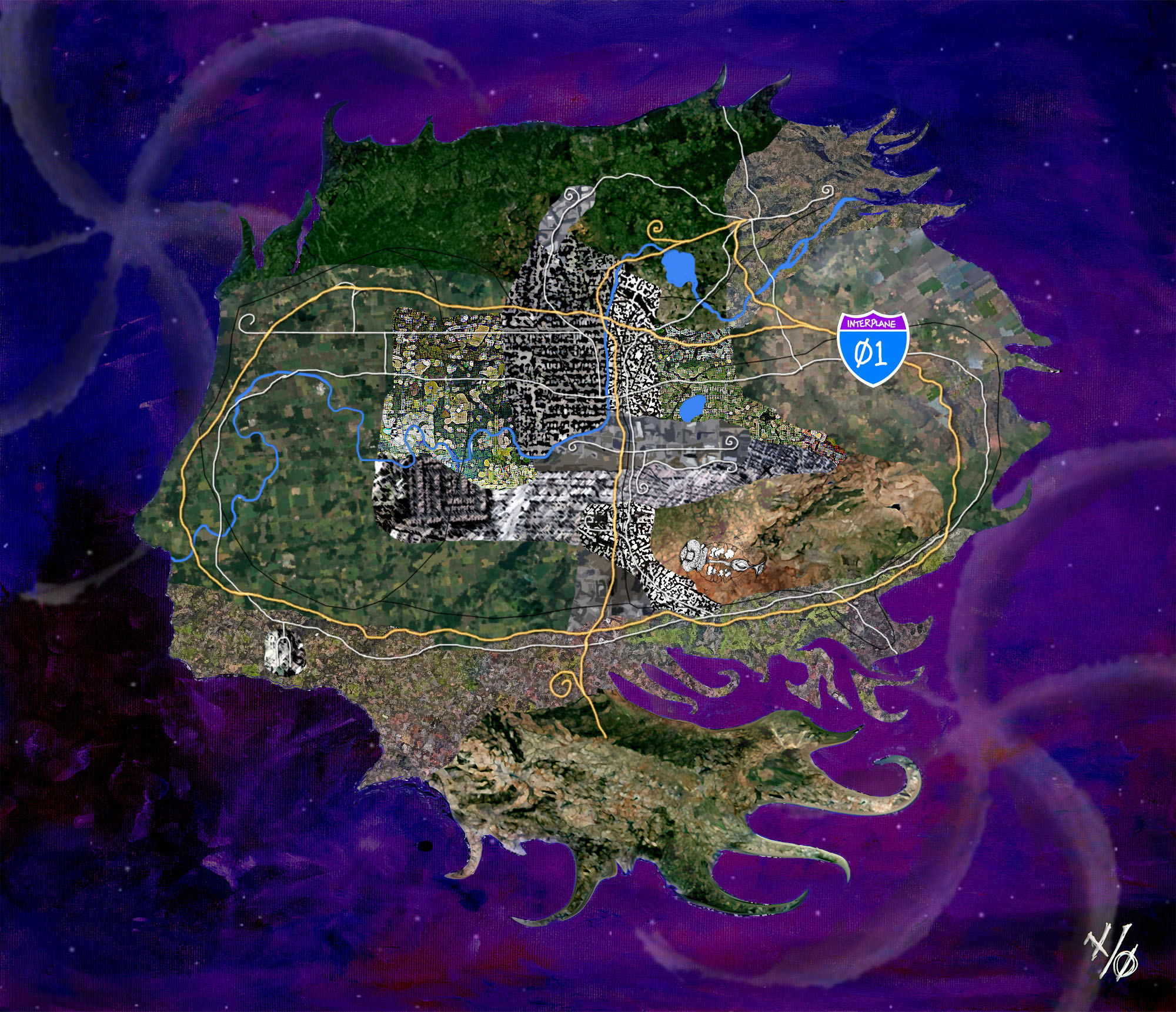 It is difficult to draw a 2-dimensional map for a set of multidimensional nested pseudoplanes with myriad links weaving paths in and out and through and between them, so this will have to do. Perhaps I shall make a better one in the future, or perhaps you shall learn to see it as I do.