This infinite city-scape is often considered to be the “heart” of the Gri’x, though inhabitants of other Realms may beg to differ. This is the home of corporations and bureaucracies: entities which record and direct the movement of the chaotic, creative energy generated in Twis'tangle , nurtured in Tarnation County , and processed in Crating. However, the main purpose of DownTown is not business or profit, but in-formation and connection. This applies to persons as well as products.

People come here from all over the multiverse to visit the various institutions dedicated to the study of other cultures, other planes of reality, and the sciences and skills that enable consciousness to not only survive out there, but contribute to the process of creation itself.

Of course, DownTown isn't the only place to learn and grow, but you won't find so many active, open minds gathered in one place anywhere else in the Gri'x.

Hey! Hi! I'm so glad you could join me for a walk around the city. I love it here. Call me a workaholic, like that's a bad thing. I just can't tear myself away from DownTown. I love the buildings, the people, the lights, the hussle, hell, even the traffic and the trash and the bums. This is my place. Let me show you why.

There's way too much of DownTown to show you in one day, but just look at that skyline. Have you ever seen so many blocks and points and angles scratching at the clouds? And it goes on forever! Forever! It reminds me that I'm part of something big and important. You can walk or drive for hours and you'll never lose sight of all those beautiful shapes full of life and action.

Over there, you see those massive old classical structures down the block from the Library? That's Gri'x University, the Temple of the Naught-Spire, and the Septonic Knights' studio complex. Three of the most influential, inspiring, illuminating organizations in the whole Land. They all work together to help protect the Gri'x from both the Consensi and the Void by showing people how to become their true selves. I studied there, when I first came here from the 'Node. I can still sing the GXU fight song, wanna hear? No? Maybe later. We'll go for drinks. I know a place.

See, a lot of people think that all we do DownTown is keep records and have committee meetings. Yeah, that's a lot of it, sure. No one wants to spend an afternoon in the GGAPEXB waiting room, but sometimes that's the price we pay. We do keep records–we like to know where the energy of creation comes from, and we do make plans for where a lot of it goes. But individual souls are also made of the same stuff as...stuff, and we want to help them–all of them–understand where they came from and figure out where they want to go. To make their own plans, you know. Not all data is take-a-number-dry. Museums, schools, exotic cuisine, cultural centers, music, art, and ohmigod, the networking opportunities–hey, you can do it alone if you want to, but you don't have to.

Oh, yeah...over in that direction, it's not so nice. That's where the trains from Crating and everywhere else come through, and word is, it's pretty rough. Lots of chain link fences, a bunch of junk lying around. A lot of the buildings look empty, but I hear there's some pretty scary shit in there. Honestly, I've never been, though, so mayyyybeeeee...mehrp, I can't say. If you want to go mess around in there, you're on your own.

Moving on. This big park is Circle Square–or Square Circle, the committee is still fighting over that–you should have seen the 5,143 original name suggestions. There's always something going on here. Check out that sculpture in the center, with the three big blobs of light floating around it. That's the Grande Grotesque. No one knows where it came from or what it's for, but it sure makes for a great dance party. It might be even alive, but it's never talked to anyone. Isn't that great?

Oooh, buskers! It seems like there's someone on every corner, showing off what they can do, and they've all got their own fascinating perspectives on reality. Hey, this guy with the tromliminabone, he's amazing. One of my favorites. I always toss a fat tip in his case. I think some of these performers make more than I do. That's okay, they're working hard, doing their thing. That's what it's all about, isn't it? Everyone finding their thing and doing it.

So, I've been doing all the talking. Your turn. What's your thing? How are you going to do it? 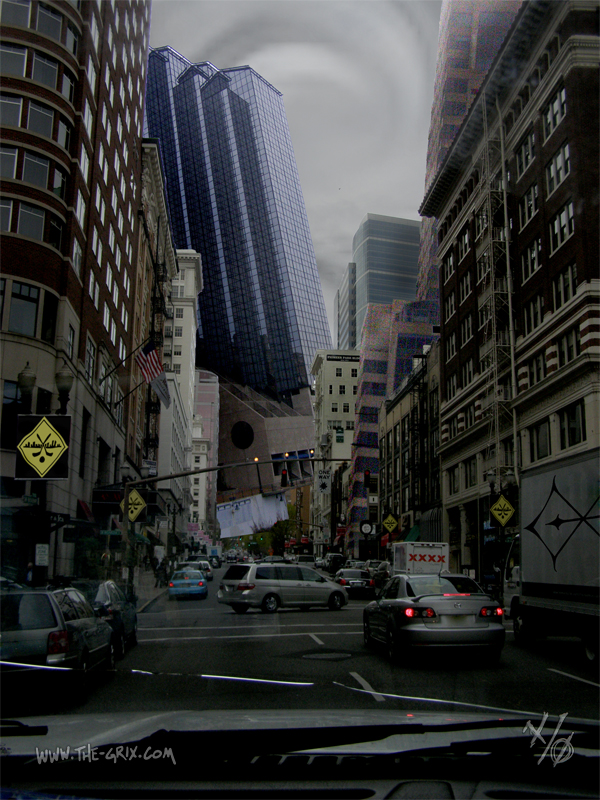 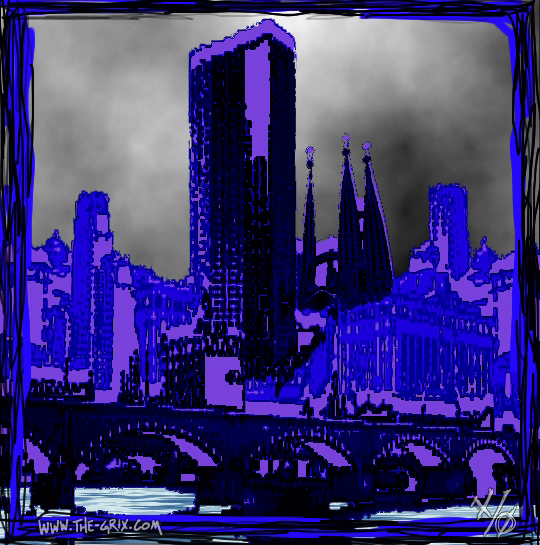 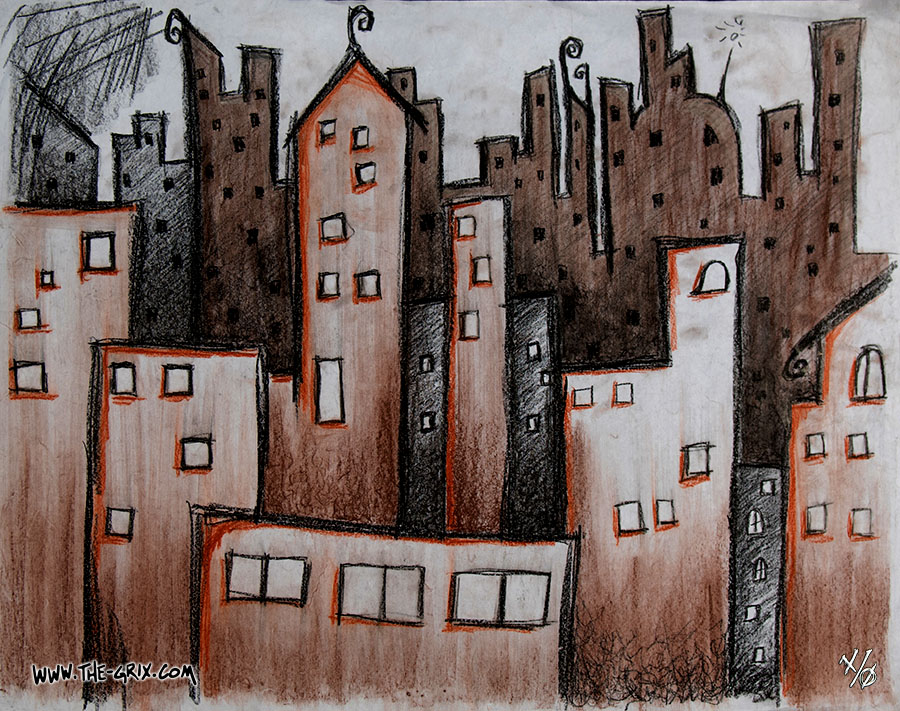 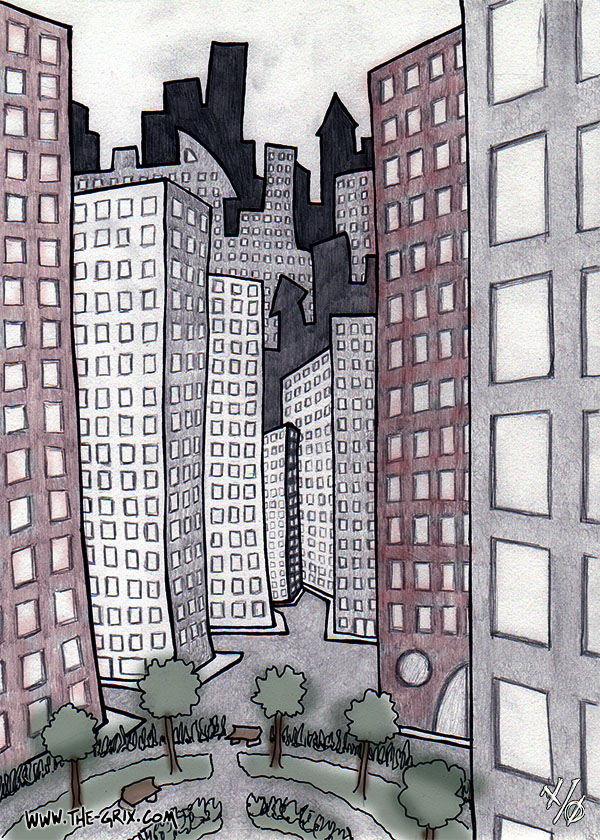 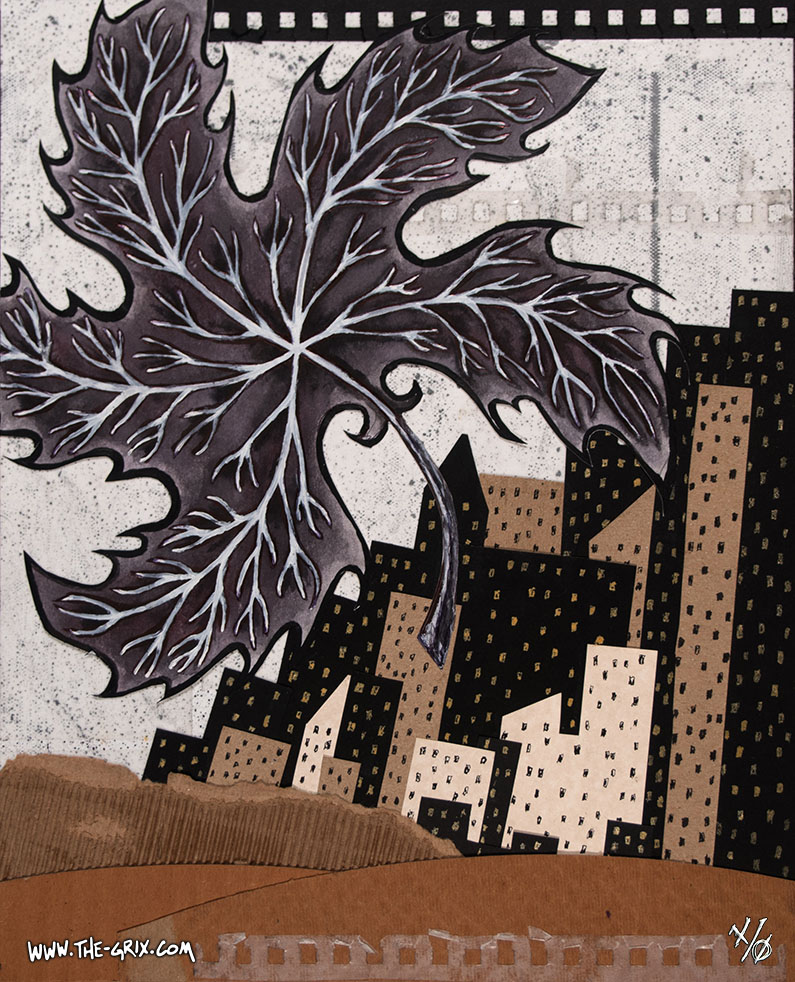 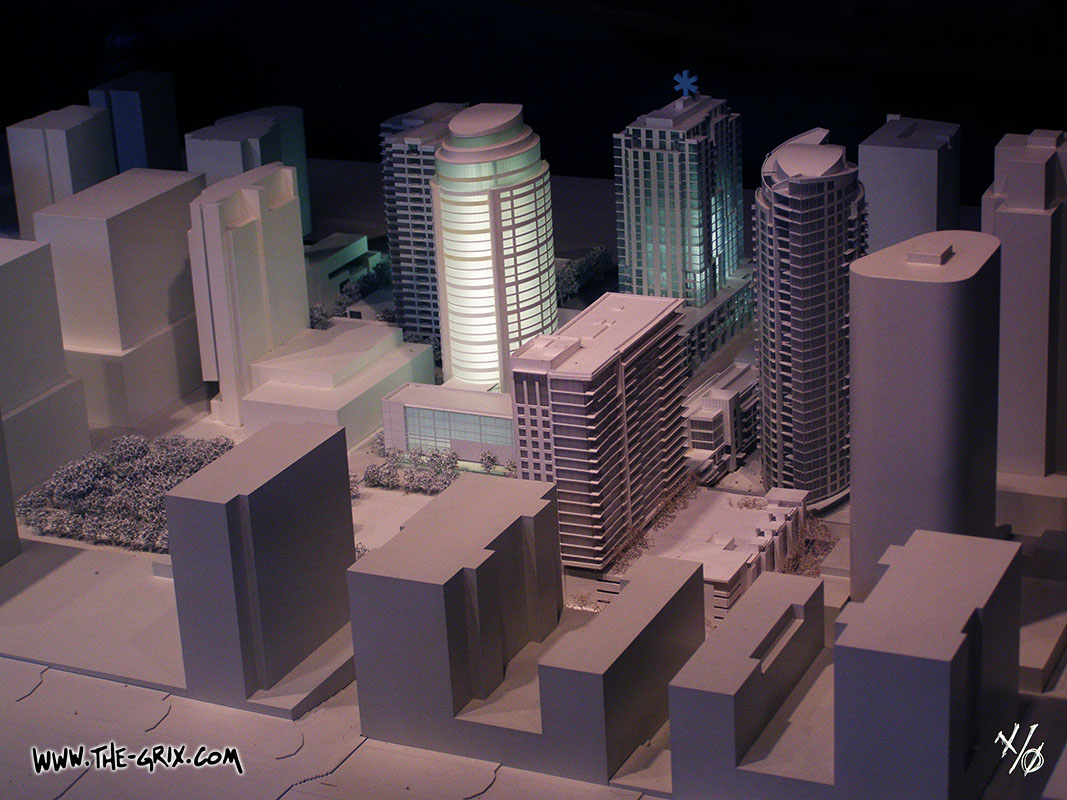 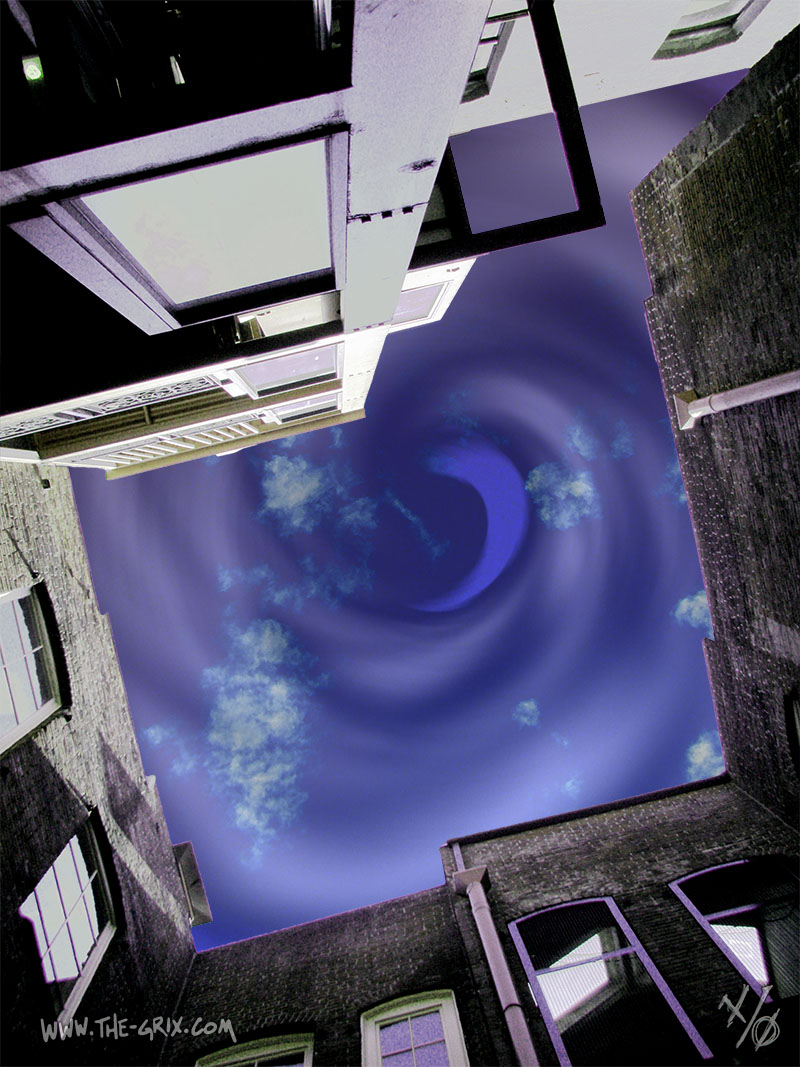